Directions to and from Aviation/LAX Station  |  Nearby 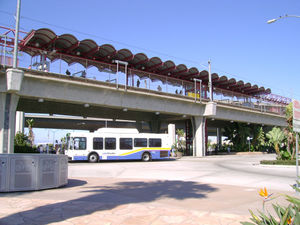 This is the transfer point between the Green Line and shuttle to LAX.

Ticket machines are available at the platform entrances. First time riders must purchase a reusable TAP card with a fare from the machine before boarding. All riders must pass through the turnstile with a valid TAP card or TAP-enabled ticket/transfer and keep the card or ticket for the duration of the ride.

Lockers and racks are available.