Directions to and from Harbor Freeway Station  |  Nearby 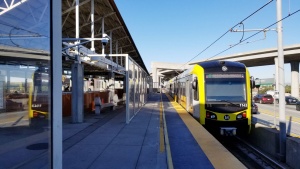 This is the transfer point between C Line and buses on Harbor Transitway, including the J Line.

Ticket machines are available at the C Line platform entrances. First time riders must purchase a reusable TAP card with a fare from the machine before boarding. All riders must pass through the turnstile with a valid TAP card or TAP-enabled ticket/transfer and keep the card or ticket for the duration of the ride.

This station features center platforms at the top level of the station. 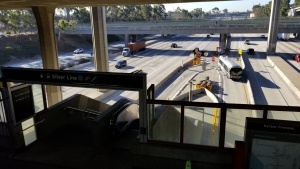 Busway platforms are at the bottom level of the station. It features center platforms. Buses switch sides to serve the station.

Free parking (253 spaces) is available at the station.