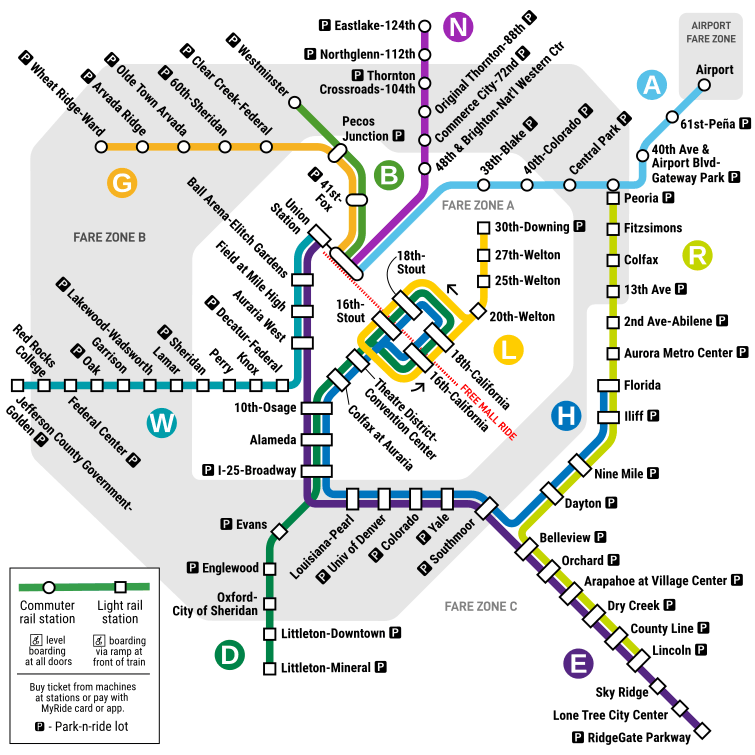 RTD Rail consists of a light rail and electrified commuter rail systems serving Denver. The light rail part serves Downtown Denver, and areas south and west of downtown near or along major highway corridors, including the cities of Englewood, Lakewood, Littleton, Centennial, and Aurora. The commuter rail system serves Denver Union Station and areas north and east of downtown, including Denver International Airport

RTD Rail uses proof of payment fare system. All riders must have a valid ticket or pass prior to boarding. Ticket machines are available at all stations.

How to take RTD Rail

Select a station through the map above for access and parking information on individual stations.

Paper transfer from the bus is also accepted on the RTD Rail.

The RTD Rail system has multiple fare zones and fares are charged according to the number of zones traveled. When buying one way ticket or day pass, select the destination and fares will be calculated automatically. Quick ticket option is available for trips to Downtown Denver. A one way ticket is good for the next 90 minutes to travel on the rail. Riders with 10-ride ticket book or free ride coupon should validate the ticket at a validator at the rail station.

On the platform, board the train that goes to your station. The headsign on the vehicle will show the line letter and destination, and the same information will be announced when the train is at the station.

On the train, announcements will be made for the next station. 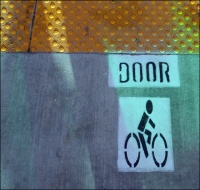 Bicycles can be taken aboard the RTD rail at all hours on all cars with no additional fare.

To ride on the light rail with a bike:

Bikes are not permitted in the front portion of the front car where it is reserved for people with disabilities.

To ride on the commuter rail with a bike:

On the light rail, passengers needing level boarding access (wheelchairs, walker, and baby strollers) should wait on top of the wheelchair ramp located on every platform, where it matches the front end of the trains.

On the commuter rail, all stations offer level boarding access to all rail cars.