📣 As the U.S. is recovering from the COVID-19 pandemic, many transit agencies may continue to have reduced or suspended service. Route information on this site may not reflect all COVID-19 related service changes. Check Twitter feeds for transit agencies for current service updates prior to travel. 😷 It is a federal mandate to wear face covering or mask onboard any transit vehicle.

From Transit.Wiki
(Redirected from SJC) 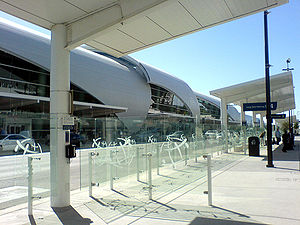 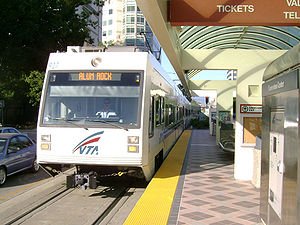 VTA routes: 60 60Milpitas BART - Winchester Station via SJC Airport connects with light rail at Metro/Airport Station. When taking the bus from the airport to light rail, make sure direction of that bus will stop at light rail.

Bike racks are located by the garages at Terminal A and B.