📣 As the U.S. is recovering from the COVID-19 pandemic, many transit agencies may continue to have reduced or suspended service. Route information on this site may not reflect all COVID-19 related service changes. Check Twitter feeds for transit agencies for current service updates prior to travel. 😷 It is a federal mandate to wear face covering or mask onboard any transit vehicle.

Web site
Directions to and from Los Angeles International Airport 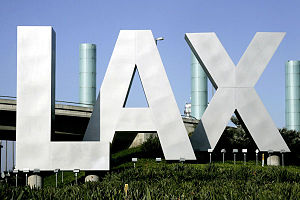 FlyAway is a non-stop scheduled bus service managed by the airport authority. Most routes provide long term parking at the pick up point. All routes stop at the airport terminals.

The closest stop for Metro Rail C Line is Aviation/LAX Station. Free LAX Green Line Shuttle provides connection between Metro Rail and airport. However, the Green Line connection requires another transfer if coming from Downtown LA and beyond.

Transit buses do not stop by the terminals. Buses stop at the LAX City Bus Center and/or Aviation/LAX Station. LAX Shuttle provides connection to either location (on different routes). Shuttle at LAX station requires a valid TAP card with connecting ride on Metro Rail.