Web search 🔍
Directions to and from Old Town/Portland Chinatown 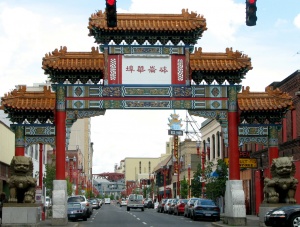 It is located in Downtown Portland.

The closest   Red Line and   Blue Line stops are:

Amtrak trains (to Eugene, Seattle, and Vancouver BC) stop at the Portland Union Station by the waterfront at the north end of Portland Transit Mall.