Directions to and from 5th Avenue Station  |  Nearby 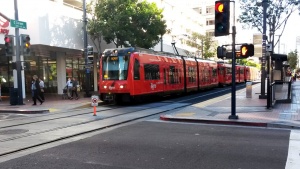 This station is served by   Blue Line and   Orange Line trolleys. Ticket machines are available at the station. Purchase ticket before boarding. Compass card pass holders need to tap card before riding.

This station features side platforms.