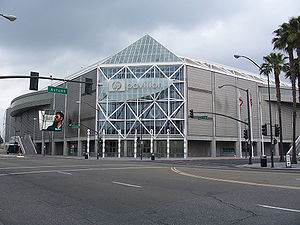 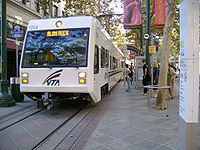 The nearest station is San Fernando Station, which is located a block south of the SAP Center on San Fernando Street at Delmas Street. This station is normally served by G Green Line line with direct service from Campbell, Downtown San Jose, and North Santa Clara.

Riders on the B Blue Line line can transfer to G trains at Convention Center Station (San Jose), or simply get off at Santa Clara Station in downtown San Jose and walk west for 1/2 mile on Santa Clara Street to SAP Center.