Directions to and from Daly City station  |  Nearby 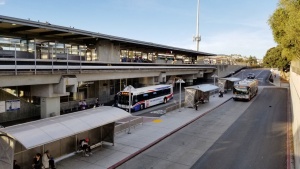 Daly City Station is the located just south of San Franciso. It is a transfer point for Muni buses to San Francisco State and Stonestown. Parking at this station is crowded and expensive because more BART trains serve this station than any station further south.

This station features center platforms and a side platform. Most trains from the East Bay terminate at this station. See overhead destination sign to see which train is departing from which track. 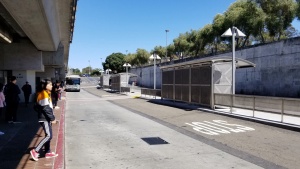 To pay the parking fee, remember your space number, enter through the faregates into the paid area and pay at an add fare machine or with BART mobile app. Monthly parking permit for unreserved spaces is available. Parking gets full at the station before 8am.